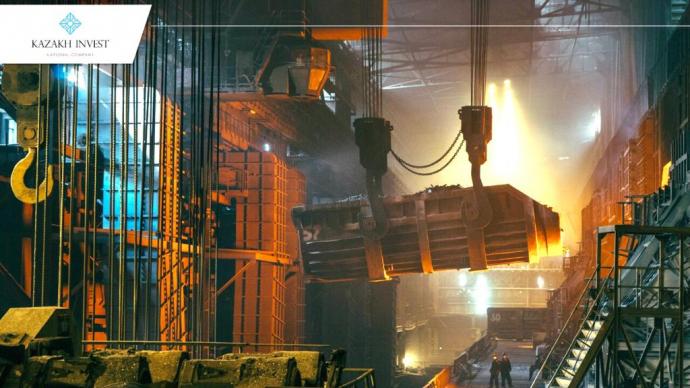 A capsule of a new mining and metallurgical plant was laid in the Kordai district of the Zhambyl region. The project with the support of KAZAKH INVEST is being implemented by the German company «Monterra Group AG» (Questa Capital GmbH). The ceremony was attended by Ambassador Extraordinary and Plenipotentiary of Germany to the Republic of Kazakhstan Tillo Klinner, Minister of Industry and Infrastructure Development Beibut Atamkulov, Deputy Minister of Foreign Affairs Almas Aidarov, Akim of Zhambyl Region Berdybek Saparbayev, Chairman of the Board of Monterra Group AG Christian Graf Von Strachwitz and Marat Yessenov Deputy Director of the Service Support Department of KAZAKH INVEST.

The project provides for the extraction and processing up to 5 million tons of ore. The project is designed in 3 stages. The total investment will amount to 810 billion tenge. During the operation period, the plant will employ more than 2,800 people. The project is expected to be completed in 2049.

«Today, a large industrial facility of the Monterra Kazakhstan company has been laid for the processing of precious metals and the development of gold deposits. We believe that this project will have a multiplier effect in improving the welfare of the region - it will help to increase the number of employed among the local population and contribute to the development of related industries» said Almas Aidarov.

According to investors, the company plans to produce gold in the Dore alloy. As part of the implementation of the 1st stage - up to 1 ton per year. The implementation of the second stage will make it possible to produce up to 5 tons per year. At the 3rd stage, the Monterra Group company plans to produce up to 10 tons of gold annually. It should be noted that according to the current legislation in the country, there is a ban on the export of this precious metal abroad.

«All work is carried out at a high level, taking into account all environmental requirements, the use of modern technologies, rules and regulations of safety. The main priority in the work of «Monterra Group» is sustainable development, therefore, all environmental protection tasks are implemented in accordance with international and European standards. We are very responsible for the protection of the environment and regularly conduct environmental monitoring during the period of exploration, involving specialized organizations from Kazakhstan and Germany» said Christian Graf Von Strachwitz.

Production at the deposits in the Karatas-Maibulak area will be carried out in an open pit, which goes into underground mine workings. Due to the high content of carbonaceous material, arsenic and polymetals in the mined ores, the project will use advanced technologies for processing the obtained concentrates used in Europe (Albion Process).

«For our part, KAZAKH INVEST is ready to provide comprehensive support in the implementation of this major project. German businessmen are also planning to conclude an investment contract, under which they will receive a number of benefits and preferences. Certainly, this project will help to realize the potential of the region in the processing of precious metals, improve the welfare of the local population and give an additional impetus to strengthening business and friendly ties between Kazakhstan and Germany» said Marat Yessenov, Deputy Director of the Service Support Department of KAZAKH INVEST.

It is worth noting that the Monterra Group AG company in 2020 invested over 2.3 billion tenge in the economy of the Zhambyl region. This year, investors plan to invest about 7 billion tenge.